Daejin Kim has successfully consolidated the well-deserved status as one of the leading pianists and pedagogues in Korea. He won in 1985 the first prize in the prestigious 6th Robert Casadesus International Piano Competition (presently, the Cleveland Competition). In 1986, Mr. Kim made his New York debut and received an exceptionally favorable review from the critic for the New York Times who wrote that "Daejin Kim demonstrated all the accouterments necessary for a successful solo career.” Since then, he has performed in recital and with orchestra in major cities throughout the United States, Europe and Asia.

In 1994, Mr. Kim family moved to Korea and since then he has become a prime example of that rare individual who is able to successfully combine both the demanding careers of a concert artist and the most productive teacher. His master classes have drawn international recognition and at the same time, he has been able to maintain a full schedule of performances such as a historic one-day performance of the complete Beethoven's Piano Concertos(2001) and the complete cycle of the Mozart Piano Concertos(2002-2004).His recent discography includes2 Piano Concertos by Mozart (K.488 & K.453), which he conducted the Polish National Radio Symphony Orchestra from the keyboard (Sony Label).

In 2002, he received 'the Professor of the Year' Award by the Music Association of Korea, and most recently, received a decoration for ‘the Artist of the Year’ by the Ministry of Culture in Korea in 2006.

Daejin Kim earned a Bachelor's, a Master's, and a Doctoral degree from the Juilliard School where he studied with Martin Canin. He has been a member of the associate faculty at the Manhattan School of Music and has taught at Yale University as a Woodward Fellow. He is currently the Professor of Piano at the Korean National University of Arts and the Music Director of the Kumho Chamber Music Society.

After close collaboration with the Suwon Philharmonic Orchestra which is regarded as one of the prestigious orchestras in Korea, as soloist and conductor for many years, he became its Conductor and Music Director in 2008. Recently, Mr.Kim and the Suwon Philharmonic Orchestra made very successful debut concert at the Carnegie Hall and he is now making the complete cycle of Beethoven Symphonies and Concertos.

Since its establishment in April 1982, Suwon Philharmonic Orchestra, one of the prestigious orchestras in the country, has played a leading role in the classical music society in Korea.

The orchestra has built its mastery under both nationally and internationally renowned conductors, such as Song Tae Yok, Du Young Jung, Mong Phil Kim, Nan Sae Kem, Eun Seong Park, Toyama Yuzo, Ewald Christian, Vancho Cavsarski, and Andrea Bonatta. As the sixth Music Director, Daejin Kim, regarded as the best pianist and conductor in Korea, has introduced the orchestra to the world to enthusiastic reviews.

The orchestra’s numerous successes in its international concerts and tours has introduced Suwon to the world as “the City of Culture.” The successful concerts include the Suwon International Music Festival with Myung Whun Chung, Sumi Jo, Andrea Bocelli, Emilie Simon, Michaella Martin; the Osaka Symphony Hall Concert for the Asia Orchestra Week; Tour concerts in the U.S., Canada, Thailand, England, Spain, Japan, Indonesia, Taiwan, and China. In June 2009, the orchestra, led by Daejin Kim, furthered its eminence with a sold out concert at the Isaac Stern Auditorium in Carnegie Hall.

Nationally, the orchestra has secured itself as the most beloved orchestra through memorable concerts in Korea’s largest music festival, “Seoul Arts Center Symphony Festival,” for two consecutive years in 2008 and 2009.

Now under the mastery of Daejin Kim, Suwon Philharmonic Orchestra strives to continue delivering the power of classical music through its visionary programs for both ardent and neophyte listeners, ranging from Music Class, Family Concerts, Youth Concerts with Daejin Kim, to the full Beethoven Cycle. 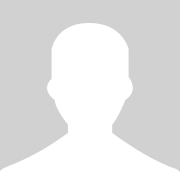